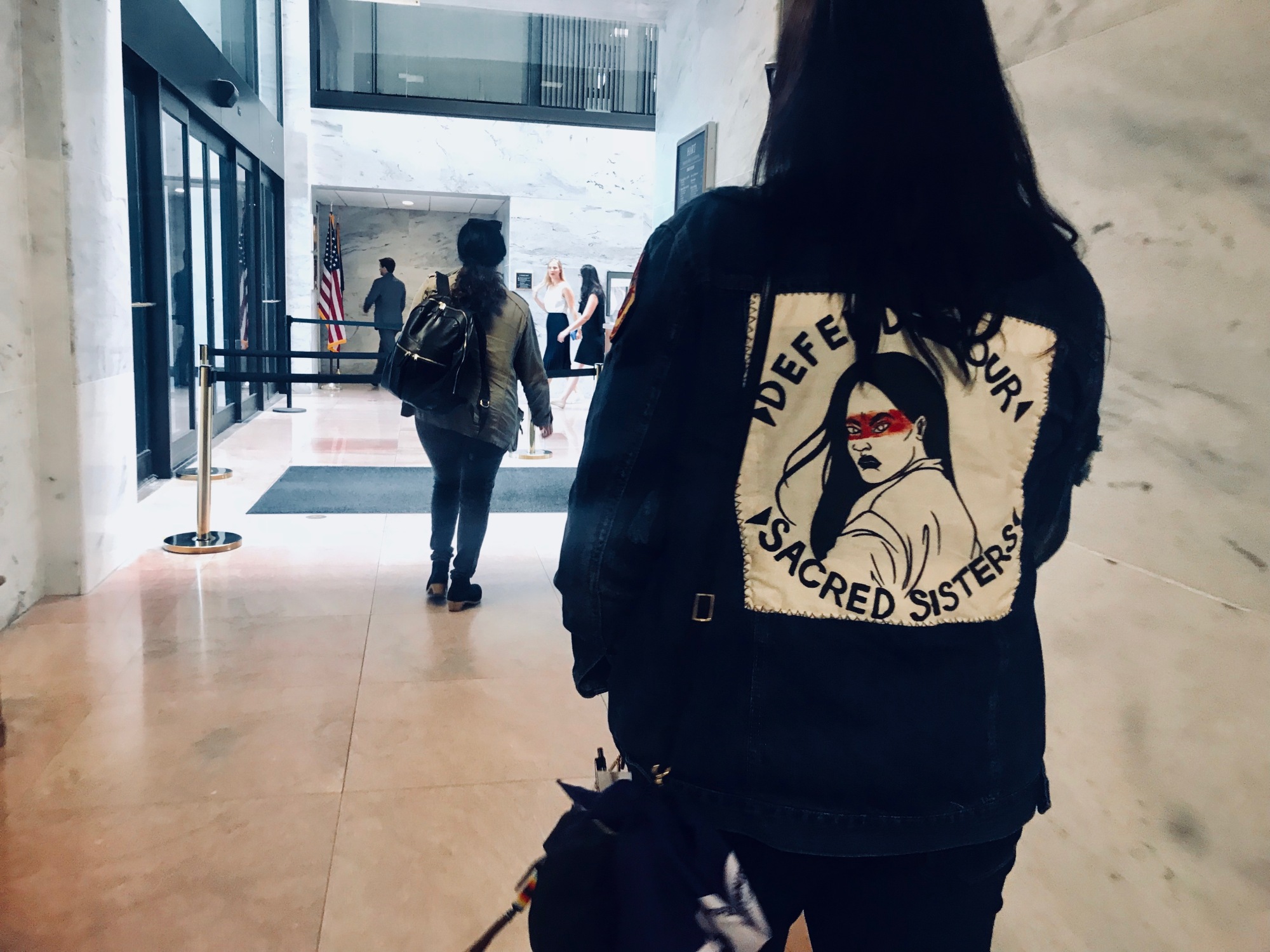 The Sister Letters are a series of intimate letters written to be read and shared amongst women, about issues that affect Alaska Native women the most. You can read other Sister Letters here and here.

As I write this, I am sitting on the steps of the Supreme Court. It’s quiet, it’s evening, and the crowds for the day have gone home. I will be on a plane headed back to Alaska tomorrow when the Senate makes their final vote on the appointment of Judge Kavanaugh. But what I wanted to say, Dear Sisters, is that whatever the outcome, you are powerful and should be so incredibly proud.

This week, women created spaces of holy trust and protection with other women; nobody was a stranger here. Stories that have taken women decades or lifetimes to bring to light, were shared openly by that same covenant. Innumerable women shared stories akin to Dr. Christine Blasey Ford’s, experiences that told women that old crimes are not important, and that we still care more about the future of a man and what he is perceived to be entitled to, than the pain of our women.

Dear Survivors, Senate floors today were sprinkled with your sweat and tears, issued during both soft moments and at the injustice of your lived experiences. What you had to say with your colleagues in the hallways, you said to the media and our Senators themselves, even if you were terrified, with trembles causing your arms to shake in visible centimeters.

A question a reporter asked me today was, “Do you really think you are making a difference?” That Senator Murkowski voted no on cloture, to advance the final vote on Judge Kavanaugh, is indicative that everyone who emailed or called or wrote a letter or spoke to staff or came down if they could, absolutely did. Because of Alaskan’s voices, our state is making a statement to the world.

Sisters, the grace that you showed after that vote. You lined up with flowers –a single rose, a handful of daisies — to leave for Senator Murkowski and to give to her staff in appreciation, in gladness, in thanks. Once again Lisa’s office was occupied, but this time, with survivors quietly imparting what this meant to them in the public comment forms, pausing for private thought.

And this evening, the evening before the final vote, it looks like Judge Kavanaugh will sit on the bench of the Supreme Court.

But if I have hope, Dear Sister; I have hope because I have hope in us. If we cannot trust government to make decisions that benefit us, then we must trust ourselves. Whatever tomorrow might bring, we can be extraordinarily proud of every effort, story, email, phone call, comment, conversation that our communities asserted because we are what is beautiful out of all of this. Halls filled with women, organizing, occupying, protesting, coupled with the energy from back home made visible by the flurry of activity from staff in Senate offices, those in DC saw Alaskans’ calls and delivered letters. This is what democracy looks like.

Tonight, I had dinner with a delegation of Alaskans along with activist Heather Booth. There were many other tables in DC like ours tonight where people are in mourning, but to her, as Alaskans, “you are a spark.” As she shared, “If you organize, you can change the world; but you have to organize.”

There is poem by Jasmin Kaur which reads:

so that one day

a hundred years from now

another sister will not have to

she lost her voice.

Tonight that poem was circulating on social media, with “scream,” changed to “Vote.” For women, this is the beginning. With the expected appointment of Judge Kavanaugh to Supreme Court, we have found our starting line. 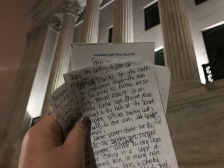 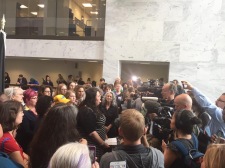 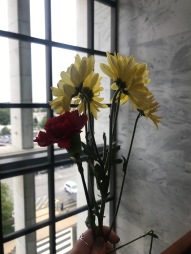 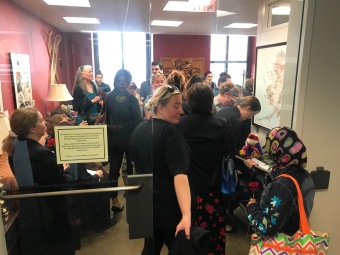 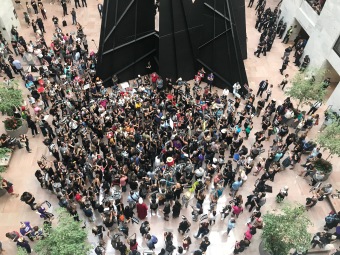 This trip was in partnership with V-Day, a global movement to end violence against women and girls, who recognized the importance of having Alaska Native voices at the table for this critical junction and provided the support for Indigenous women to do so. With creativity and determination, V-activists around the world tirelessly work to end harassment, rape, battery, incest, female genital mutilation and sex slavery. Visit their website to learn more at vday.org

One thought on “The Sister Letters: From Washington DC Tonight, You Should Be Proud”